The Girl That Sang In 102 Different Languages

A 12-year-old Indian girl living in Dubai named Suchetha Satish has recently broken two Guinness World Records simultaneously.  She sang in 102 different languages in a legendary concert that went on for 6 hours and 15 minutes. It took her only a year of preparation to get ready to set this new world record for singing in the most languages.  She always enjoyed singing in various Indian languages and in English and was always impressed with foreign languages. She took this challenge as the perfect chance to learn as many languages as possible and as an opportunity to become known across the globe.

On January 25th, 2018, she completely took the audience at the Indian Consulate in Dubai by surprise when she sang in 102 languages. This talented young girl comes from a family of passionate music lovers and began learning music from the age of four years old.  Only in 2016 however, did she began to learn songs in different languages, such as Japanese, Arabic, Tagalog, and more.  As she continued to learn more and more, she got the idea in her head of aiming to break a world record. 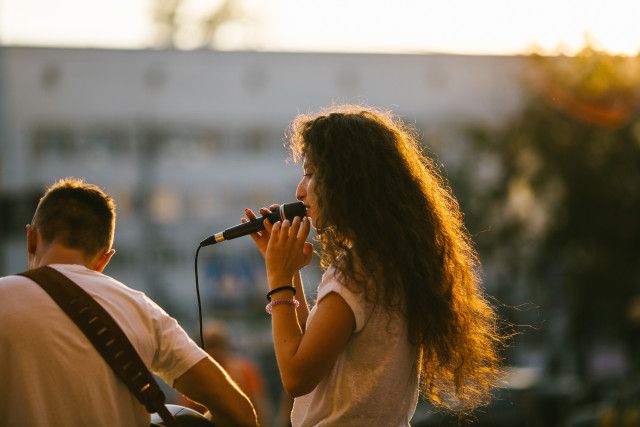 She explains that an average song will take her about two hours to learn, and if it’s an easier one she can learn it in half an hour.  Once she knows the lyrics, she continues to listen to it until she has learned it off by heart.  Her original plan was to break the world record of 76 different languages, but she ended investing more time in learning even more songs. Way to go girl! Music knows no boundaries and this young girl has certainly figured that out pretty quickly. While a 7th-grade student at the Indian High School in Dubai, Suchetha Satish performed the incredible feat. Consul General of India in Dubai Vipul congratulated her on the stage. “It is a great feat! I am completely spellbound! You have made our Republic Day this year very very special,” he told Suchetha, thanking her on behalf of the consulate and community. Ahead of her concert, a jubilant Suchetha told Gulf News that she was confident of setting the new record. “I have done rehearsals many times. I am fine…I am confident,” said the child prodigy, who hit headlines across India after her ability to sing in 80 languages was first published by Gulf News in November.