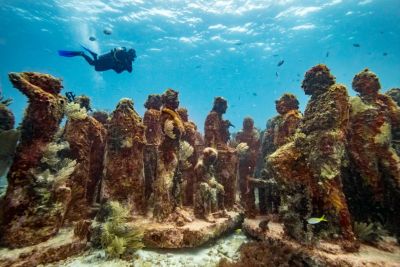 The Magical Underwater Museum Off The Coast Of Cyprus

Cyprus has long been considered a must-see tourist destination, known for its incredible history and staggeringly beautiful beaches. The paradise’s architecture, culture, and art are also major drawcards for many and a new card has just been added to that hand. A new museum has opened off the coast of Cyprus and it has the remarkable attribute of being underwater. The museum can be seen from the coast but the only real way to experience the incredible gallery is by snorkeling through the pieces that make up its collection. 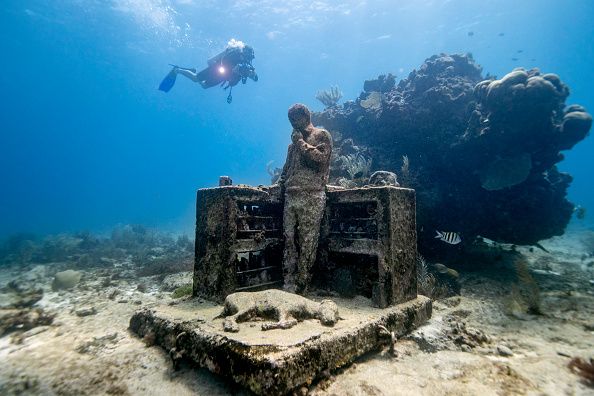 The underwater museum was designed by Jason deCaires Taylor, the renowned British sculptor. The museum’s collection is comprised of 93 individual pieces and the themes of the works vary across the collection, with some tackling more difficult issues like that of climate change and state surveillance while others are more lighthearted in spirit and celebratory in execution. On his sculptures, Taylor says the intended impression is that of both the awareness of the harm that human beings can do while also leaving the visitor with a sense of hope for the future.

This sense of hope is partly intended to be created via the sculptures’ impact on their surrounding environment. The sculptures are designed to be pH-neutral meaning that they have no negative consequences for being a part of the natural eco-system. The idea is that eventually underwater wildlife, both flora, and fauna, will start to call the museum home and over time an artificial reef may form where the museum has been set up. The museum stretches across 550 feet of the ocean floor and some pieces are at depths of up to 33 feet. Each statue weighs roughly 13-tons and had to be moved to its exact placement via crane. Statues range from the ocean floor to the surface.