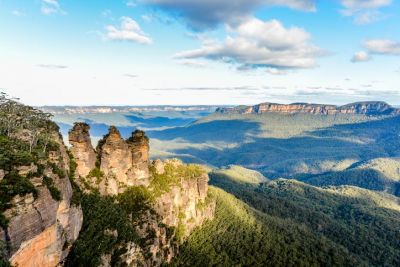 The Magnificent Blue Mountains of Australia

Located in New South Wales, Australia, and situated around 31 miles West of Sydney, lies the magical region known as the Blue Mountains. It forms only part of the extensive mountainous area associated with the Great Dividing Range. With multiple rivers surrounding the range in every direction, it is geologically situated in the center of the Sydney Basin. The Blue Mountains among other national parks form The Greater Blue Mountains Area, which in November 2000 was listed as a World Heritage Area by UNESCO.

The Blue Mountains boast over 400 different forms of animals, including many rare mammal and reptile species. However, due to bushfires of unprecedented size and impact, the biodiversity and infrastructure of the region have been heavily affected since the early 2010s. The area gets its name from the densely populated oil-bearing Eucalyptus trees, filling the atmosphere with finely dispersed droplets of oil. When combined with water vapor and dust particles, these droplets scatter the blue wavelengths of light. The mountain range is packed with activities and events such as major festivals. With a variety of accommodation on the favor, a magical getaway is sure to be had here. 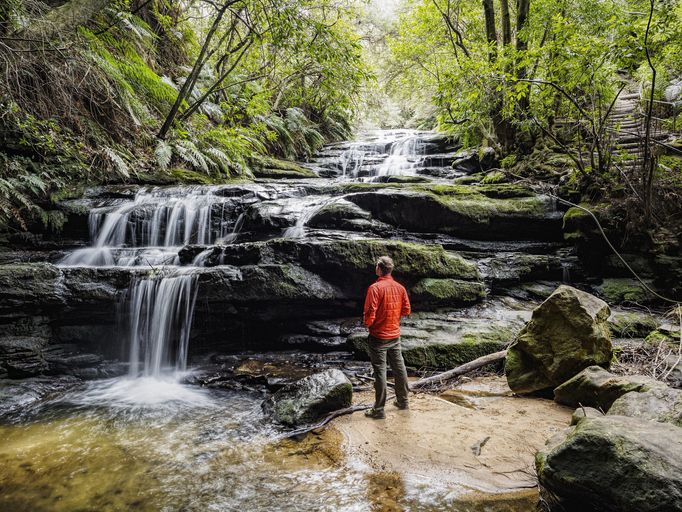 It is a popular destination for tourists, as well as those looking to practice recreational sports. Hiking, mountain biking, and rock climbing are just a few of the adventure sports on offer in the area. There are a plethora of amazing bushwalks throughout the region and with a multitude of trails and guiding companies available, you can guarantee that no two trips will be the same. The most spectacular landmark of the Blue Mountains is The Three Sisters. Located at Echo Point, each of the sisters stands at magnificent 922, 918, and 906 meters tall! Their character changes throughout the different seasons in the year since the sunlight emphasizes the colors.