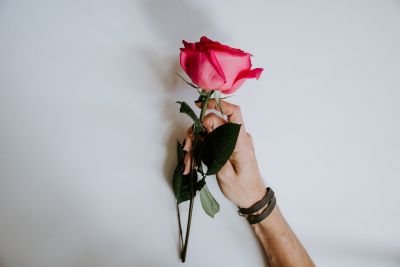 As though a wedding dress wasn’t already expensive enough, meet the Million Dollar Bride, Lulwa. She’s a life-size 264-pound wedding cake that looks just like a real Arabian bride.  The cake bride was made by the most expensive designer in the world, Debbie Wingham, and was shown at the Dubai Bride Show. Wingham is the designer of several other objects that are among the most expensive known to mankind, such as a shoe for $16 million, a black diamond dress for $4.8 million, and another wedding cake valued at a shocking $67 million.

Her latest project, the Million Dollar Bride cake is valued at $1 million, making it her most reasonably priced work so far. This, however, does not take away from its incredible realism and impressive style. The name Lulwa was chosen because it is the Arabic word for pearls.  The cake is made out of layers upon layers of sponge, 25 kilograms of pure chocolate, and approximately 50 kilograms of fondant. The gown is made from 5,000 hand-cut fondant flowers and 10,000 pearls which are edible. The only part of the dress that cannot be eaten is five diamonds on the dress, as well as the bride’s headgear.

Debbie Wingham is famed for her expensive, luxurious designs. According to her own personal website, she has many other designs that are just as expensive as the wedding cake. “Debbie Wingham attracted worldwide media coverage and was the talk of Hollywood, with the launch of the world’s most expensive black diamond dress and subsequent World Tour. The world’s most expensive black diamond dress as graced the pages of over 100 luxury fashion and lifestyle publications, made front page news around the world and was televised on BBC news, E! Entertainment and Access Hollywood.”