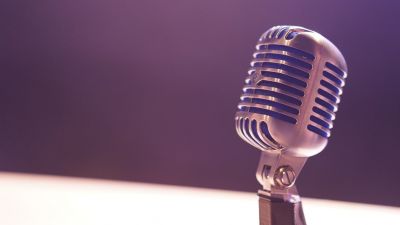 The New Movie Girls5eva Comedy About a ’90s Girl Group

Pull on your platforms, crimp your hair, and slather on lip gloss, because it is late-’90s girl group o’clock. The first trailer for Girls5eva, a new show about a one-hit-wonder girl group that reunites after 20 years, just dropped, and it looks so good. The Peacock original comes from Meredith Scardino, writer for SNL and Unbreakable Kimmy Schmidt, and was produced by Tina Fey, Robert Carlock, and Jeff Richmond. The Mean Girls vibes are strong, even if the girls in question are, well, definitely women.

Busy Philipps, Sara Bareilles, Hamilton’s Renée Elise Goldsberry, and Wine Country’s Paula Pell play four core friends in the group, while Emily in Paris’s Ashley Park is slated to play another member, Ashley, “the glue that held the short-lived girl group Girls5eva together back in the late ’90s. She had the most experience going in, having been part of seven failed girl groups previously,” per Deadline. In addition to chasing their musical dreams, the now grown Girls have to balance their family obligations and reevaluate their old material. As we’ve all discovered, not everything that felt fun and frisky in the ’90s is still so empowering today.

Bareilles, a recording artist and sometime star of Waitress, the Broadway musical she wrote original songs for, told Entertainment Weekly that she contributed a track to this project as well. “This series, it’s like a dream fantasy,” she said. “It’s comedy and music and female empowerment and stories about women that are slightly heightened but based in reality. All my favorite people are a part of this. It’s been something out of a fantasy.”

“Four grown ladies trying to be pop stars again,” one of them jokes in the trailer. “Strap in.” We will, but we just need to know why the fifth member (Ashley Park) isn’t along for the ride. All eight episodes of Girls5eva will drop on Peacock on Thursday, May 6.