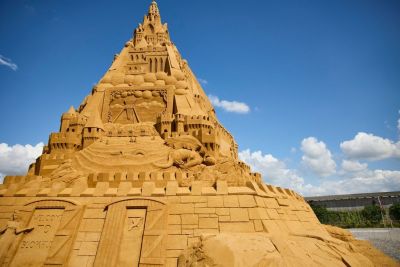 The World's Tallest Sandcastle Has Just Been Finished

There is a new Guinness World Record holder for the tallest sandcastle in the world. Previously, the record was held by a team of 12 sculptors in Germany who goes by Skulptura Projects. The previous record stood at a formidable height of 57ft, however, this new usurper dwarfs its competitor by 12 ft standing 69 ft tall. The new record holder is stationed on the northern coast of Denmark in the town of Blokhus and was constructed by Dutch artist Wilfred Stijger and 30 sand sculpture experts that he commissioned. 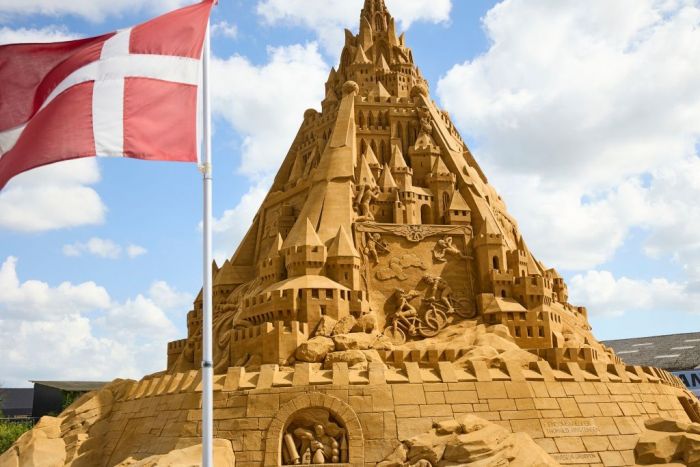 The colossal sand sculpture weighs roughly 5,000 tons and its multi-tiered structure extends into the sky. The impressive beach building was inspired by a need to represent the coming together and inter-connectivity of the world and our symbiotic relationship with another – what effects one nation must necessarily effect another, although not always in the same way.

The sandcastle is also a celebration of the town in which it is placed. Dotted across its massive surface are many depictions of local sights and features that bring tourists to Blokhus, such as their lighthouses and surfing culture (including kitesurfing and windsurfing). The sandcastle is also now a local attraction in its own right, bringing out-of-town visitors to the seaside town to ogle the incredible construct on the coast.

In order to withstand the beachside weather and have an extended lifetime, the structure is coated in glue and has small amounts of clay mixed in with the beach sand. With these precautionary measures taken and with some weatherproofing the castle is expected to stand for roughly 8 months and should be still be reigning over the Blokhus beach until February or March 2022. We wonder if by that time some madman sculptor will break the record set by Stijger and build a castle 100ft high.