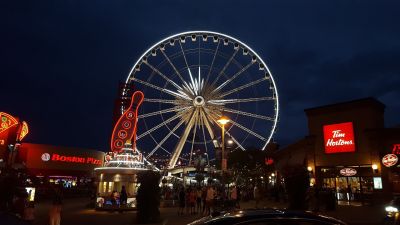 The days of pricey fatty burgers and cotton candy at amusement parks are long gone. The nation’s most incredible parks are increasingly catering to refined palates, with restaurants offering high-quality food in distinctive settings. Knott’s Berry Farm’s Mrs. Knott’s Chicken Dinner Restaurant Since 1934, when Mrs. Knott performed all of the cooking, this family diner at Knott’s Berry Farm has served its famed chicken, biscuits, and boysenberry pie. Over 20 million people are believed to have enjoyed chicken dinners here since then. Still, contemporary choices include farm-fresh breakfasts and family-style meals, and salad and gluten-free alternatives.

The distinctive atmosphere of Mythos in Universal Orlando Resort is a sensory overload. Visitors enter a cavern that features elaborate sculptures of ancient characters on the walls and high rock formations. Seasonal menu items include fish, risotto, pad thai, burgers, etc. A complete wine selection is also available, and outside dining offers views of the inland sea and colorful islands of Adventure. Go inside the Leaky Cauldron for some classic British fare if you’re still at the resort. Fans of Harry Potter will remember it as One Diagon Alley’s oldest tavern, constructed by Daisy Dodderidge as a portal to the non-wizarding realm.

At the base of Expedition Everest, Yak & Yeti, a Nepalese-style restaurant inside Disney’s Animal Kingdom, features a menu of pan-Asian delicacies such as ahi tuna nachos and pork potstickers, and tempura chicken. The restaurant be our guest is named after the iconic “Be Our Guest” scene from “Beauty and the Beast,” and it has three themed rooms, including a spectacular ballroom, the Beast’s West Wing study, and the Castle Gallery, which is intended as a reproduction of Belle’s private library. Throughout, the same menu of American and French cuisine is served, with quick-service ordering through tablets at each table during lunch and breakfast. Dinner is a more formal seated meal.