Thrifted Dress On Sex And The City Reboot Causes Uproar

One of the many dresses worn by Sarah Jessica Parker in the “Sex and the City” reboot, “And Just Like That”, has stirred up controversy in the fashion-conscious fanbase of the show. The dress in question, chosen by the show’s costume designers Molly Rogers and Danny Santiago, is a thrifted $5 dress, according to Page Six.

Rogers and Santiago spoke to Page Six’s Hannah Southwick in a recently published interview that the dress came from Santiago’s “personal archive of secondhand finds” and didn’t have a  readable label.

Speaking to Insider’s Erin McDowell ahead of the show’s airing on HBO Max on December 9, Rogers said: “There was definitely some ‘dumpster diving’ happening.”

The controversy began in August when Sarah Jessica Parker was seen in photographs from the show’s set wearing what some fans recognized as a maxi dress produced by fast-fashion brand Forever 21, as reported by Page Six at the time. Parker’s character, Carrie Bradshaw, the main protagonist of the series, is known for her fashion snobbery and is usually and exclusively seen wearing designer clothing. 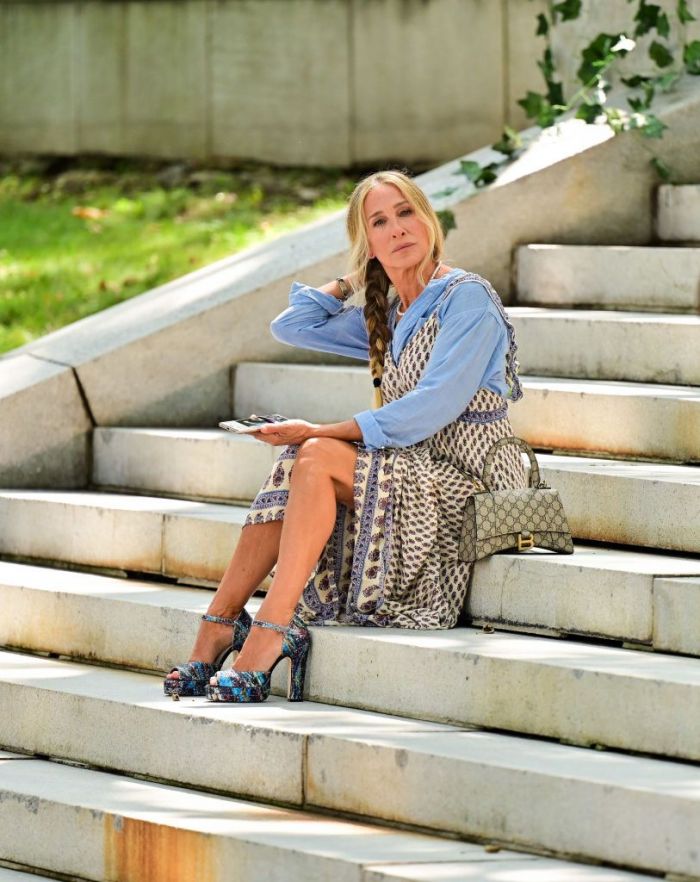 “He bought it many years ago for $5 or $6,” Rogers said to Page Six, speaking of the dress from Santiago’s personal archive. “We later learned that Forever 21 did have a dress, but knocked off something from an Indian designer… Given how long Danny had the dress, we think it was probably from the original designer.”

Fashion-conscious fans were initially disappointed to learn that the dress was from a fast-fashion brand. Many of the fans thought the dress was decidedly out of character for Bradshaw’s character.