Tiger King Will Be Returning For A Season 2

Tiger King, the Netflix original and documentary sensation has, to the surprise of many, been renewed for a second season. The reason the return of the show is so surprising has little do with its success – the first season of the show was perhaps one of the most widely referenced and ubiquitous cultural touchstones of 2020 – but rather due to the fate of the titular character and his infamous Oklahoma big cat zoo.  On the release of the second season, Netflix has promised that it will be filled with ‘just as much mayhem and madness as Season 1’, though we’re unsure just how they’re going to manage that with their primary character still in prison and his park very much closed. 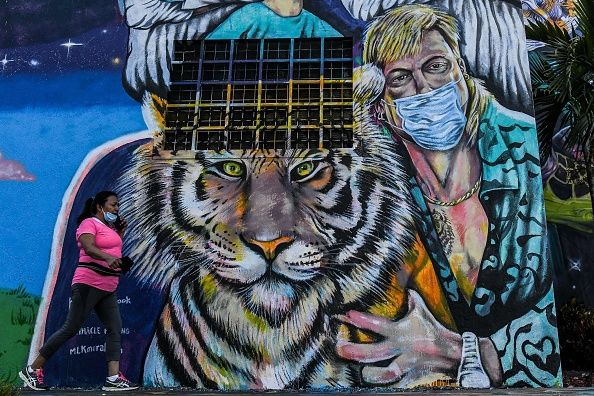 Tiger King revolves around the story of Joe Exotic, whose real name is Joseph Maldonado-Passage, and his drug and gun-fueled zoo that specialised in big cats and with tigers as the clear drawcard. However, Joe’s story did not have a happy ending for himself or his park. Last year Exotic was convicted on the charges of conspiracy to commit murder after he attempted to hire a former employee to assassinate his longtime rival Carol Baskin. Baskin was despised by Exotic and his cronies due to her war on Exotic’s zoo and her campaign as an animal rights activist to have the park shut down.

Baskin very much walked away from the victor of the first season. Not so long after his arrest, Joe Exotic’s park also came under investigation and was in short order shut down after it was revealed that the park wasn’t providing the animals with sufficient or safe food.

While Netflix didn’t show us too many details about the show, it would be hard to imagine they would do a second season without their main anti-hero and Joe does make a brief appearance in the teaser, though behind bars.