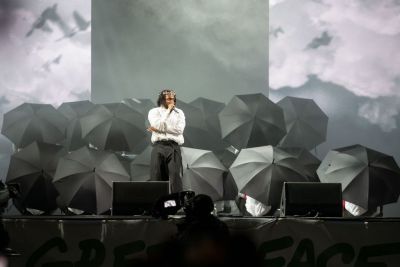 Kendrick Lamar is one of the most popular rappers in the world, and with good reason. His music is amazing, and he has some truly great songs. Here are three best songs by Kendrick Lamar.”I” (stylized as lowercase) by American rapper Kendrick Lamar features Ronald Isley of The Isley Brothers. It was released on September 23, 2014, as the lead single from Lamar’s third studio album, To Pimp a Butterfly. Lamar’s favorite track from To Pimp a Butterfly, in which he slowly emerges from depression into an almost euphoric state and is aided by credulous cheers from The Isley Brothers, That Lady. “What will you do?” he asked after detailing the horrors of life. “Raise your head and keep going.” “I” won two awards at the Grammy Awards in Best Rap Song and Best Rap Performance.

Bitch, Don’t kill My Vibe from Kendrick Lamar’s major-label debut album Good Kid, M.A.A.D City (2012). At one point, Bitch, Don’t Kill My Vibe was considered a collaboration with Lady Gaga. Listening to the finished product, it is hard to see how this will work, not least because it is so perfect; the sun-kissed music juxtaposes with angry lyrics about fame and the state of hip-hop. The remix of this song featured one of the greatest artists, Jay-Z. Bitch, Don’t Kill My Vibe” peaked at number 32 on the U.S. Billboard Hot 100 and reached the top ten on the Hot R&B/Hip-Hop and Hot Rap Songs charts.

Humble” (stylized as “HUMBLE.”) was released on March 30, 2017, by Top Dawg Entertainment, Aftermath Entertainment, and Interscope Records. Lamar and producers wrote the song Mike Will Made It and Pluss. It was syndicated to the radio station Rhythm Contemporary as the lead single from Lamar’s fourth studio album, Damn. Humble is Lamar’s second number-one single on the U.S. Billboard Hot 100 and the first from a lead single. The song received four nominations at the 60th Grammy Awards, including Record of the Year, Best Rap Performance, Best Rap Song, and Best Video