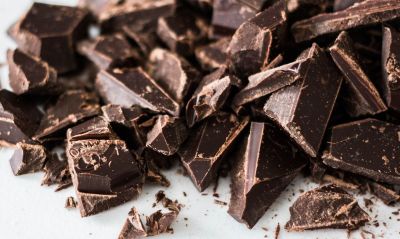 Nutrition has been on everyone’s mind in recent years. We as a culture are saying goodbye to McDonald’s burgers and fries and embracing plant-based meals instead. Many celebrities have jumped on the bandwagon such as Beyonce and her husband Jay Z who went vegan for preparation for Coachella. Other celebrities like Miley Cyrus and Joaquin Phoenix are big advocates for animal rights promoting vegan lifestyles. And that’s the thing: veganism has transcended a diet and become a lifestyle. So it makes sense that the world is demanding more vegan goods! Thankfully, Trader Joe’s is testing a vegan “milk” chocolate bar and the world is ready. Due to dietary restrictions and food trends, many things have become veganized. There are so many vegan foods and dishes that are available, but a lot of desserts and chocolate bars depend on cocoa powder and cacao nibs to get that taste we’re all looking for. But while those replacements are okay, it would be nice to have some actual chocolate chips.

In the most recent episode of the podcast Inside Trader Joe’s, Tara Miller, the company’s Director of Words, Phrases, and Clauses shared that the grocery chain is working on a full vegan “milk” chocolate. Miller said that the product is still in development but it has been approved by the company’s tasting panel. The “milk” in the chocolate is almond milk. “But I wouldn’t have known the difference,” Miller says, “if I wasn’t told it would’ve just tasted like creamy milk chocolate. I feel like our vegan customers are going to absolutely flip when they see this product,” Miller added. And to be honest, we’re sure they will.

Trader Joe’s category manager for candy, cookies, and cereal (side note: how can we get that job?) Alison Nadler Guerette said the chain is creating the bar in response to consumer demand. “Our customers are asking for vegan items.” Dairy is a failing industry at this point in the United States. A 2019 study revealed that vegan milk is now a staple purchase for nearly half of Americans. Starbucks has recently expanded its plant-based milk options. If the world’s largest coffee chain is doing it, then a lot of other brands are going to as well. Kevin Johnson, Starbucks’ CEO, told Bloomberg, “alternative milks will be a big part of the solution. The consumer-demand curve is already shifting.”