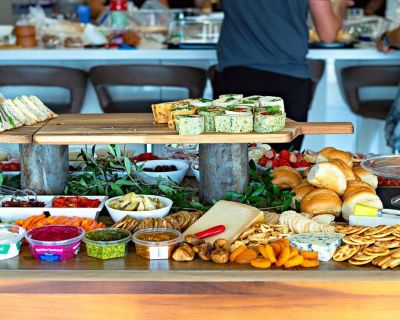 This month, Impossible Foods will introduce its plant-based meat into school breakfasts and lunches nationwide following a Child Nutrition [CN] label from the United States Department of Agriculture. The label will allow Impossible Burger products to be served to children enrolled in K-12 schools across the US as part of a larger campaign that aims to help young Americans build better dietary habits and raise awareness of food’s impact on the climate crisis.

The company earned the certification – which makes it easier to determine how much a particular food contributes to federal requirements for nutritionally balanced meals for children- based on the presence of soy protein, one of the key nutrients in its products. “The product met the rigorous requirements in large part because of soy, the main protein source in our product and the only plant protein that rivals beef from cows in terms of protein quality,” Esther Park, senior scientist in Nutrition, Health, & Food Safety at Impossible Foods said. “Intake of soy among children and adolescents is not new; in fact, soy has served as a part of the traditional diet for kids in many Asian countries for centuries.

“The Impossible Burger represents a logical next step for schools looking to incorporate more plant-based options that meet nutritional needs of school-aged children.”

Pat Brown, the CEO and Founder of Impossible Foods, said: “Making Impossible products available everywhere people consume meat, which for kids often includes schools, is key to the mission of the company. “Schools not only play a role in shaping children’s dietary patterns, they play an important role in providing early education about climate change and its root causes.  We are thrilled to be partnering with K-12 school districts across the country to lower barriers to access our plant-based meat for this change-making generation.”‘Kids Rule’