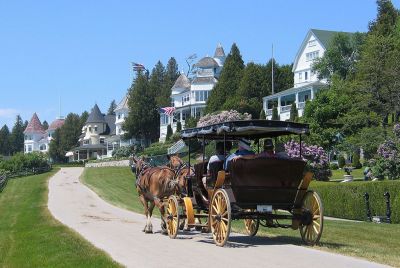 In the midst of Lake Huron in the state of Michigan exists an island destination that is like few others in the U.S. On Mackinac Island, there is a holiday awaiting curious and recurring visitors that offers an escape from modern life that is hard to find elsewhere as well as a celebration of old-fashioned ideals of relaxation that is a truly rare experience. While it is not a secret – the island often sees up to a million visitors in a year – it has still not received the attention that it perhaps deserves. 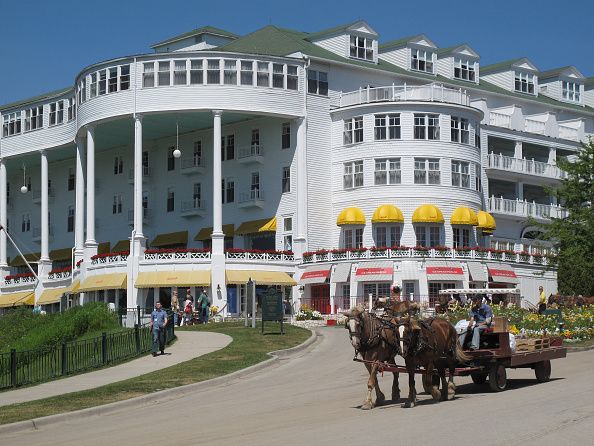 Mackinac Island – deviously pronounced Mack-in-aw Island – has many great things for it but perhaps the first that needs to be mentioned is the almost complete absence of motor vehicles. This is due to the population of 500 horses that live on the island and work as the primary mode of transportation for the inhabitants. The noise from motors often scares the animals and as such is for the most part banned. If you wanted to go from one end of the island to the other in a hurry, a horse-drawn taxi is most likely your best option.

Outside of the horses and the lack of engine noise, the island is also well known for its fudge and minuscule population with only 500 year-round residents typically living on the island at a time. Almost all of those residents almost exclusively work in the hospitality industry, servicing the many guests and visitors of the island.

If you were to visit Mackinac Island you have quite a few options for accommodation, from guest houses to large hotels, the local tourist industry has you covered. The most famous of the available housing is The Grand Hotel which boasts the longest porch attached to a hotel in the U.S at 660 feet. As such the island is a great spot for the horse, fudge, and porch enthusiasts alike.