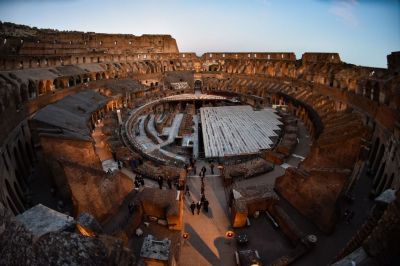 Visitors To The Colosseum Can Now Go 'Backstage'

During the time in ancient Rome when the Colosseum actually was in use (whether for gladiatorial battles, theatrical productions, or public gatherings) going backstage was strictly prohibited for those who were not directly involved in the production of the show. For a period of 600 years, seeing the inner workings of the amphitheater was a close kept secret. For the last two and a half years, thanks to the generous donations of the founder of Tod’s, a luxury goods manufacturer, construction workers have been repairing the underground section of the Colosseum so that visitors can now view the hidden components of the historical landmark and construction has just been completed. 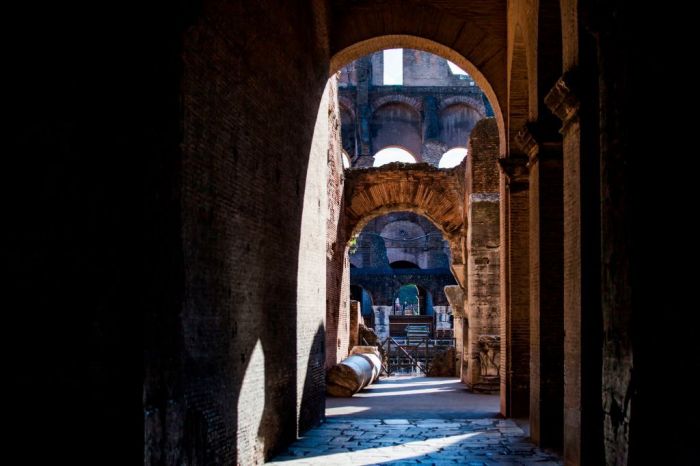 The Colosseum director Alfonsina Russo has announced that tourists and visitors to the world heritage site will now be able to view and walk down the 530 feet long walkway and see most of the original 15 corridors that make up the underground levels of the Colosseum.

The effort to restore the cultural and historical monument is paid for in almost its entirety by Diego Della Valle, the aforementioned founder of Tod’s, who responded to a request by the Italian government for public donations for the work as it was strapped for cash and could not afford the cost of the restoration.

The restoration work will also include the reconstruction of the central stage of the Colosseum which was removed in the 19th century for excavation purposes. Once the stage has been installed there will be cultural events once again hosted in the Colosseum. In addition to this, the Colosseum will also be fully and carefully cleaned so that it will be once again an impressive theater for events that are deeply symbolic and important to Italy, its people, and its tourist industry.