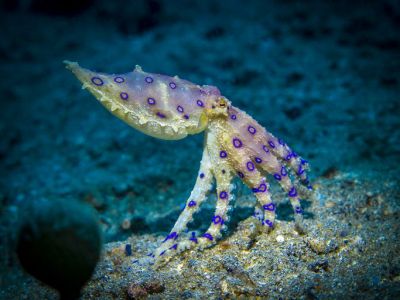 What Makes The Octopus So Smart?

With eight arms and no bones, this alien-like sea creature may be one of the ocean’s smartest predators. Stalking our oceans for over 296 million years, the octopus has over 300 species coming in all colors, shapes, and sizes. It is a member of the cephalopods which are a class of Mollusca consisting of organisms with a prominent head, bilateral body symmetry, and tentacles. In the same family as squids and the cuttlefish, what separates the octopus from its relatives? With one main brain and eight other smaller brains that control each tentacle, the short answer is intelligence. Over its lifetime, the octopus has learned to become both a master problem solver and a camouflage expert.

Octopuses have a larger brain to body size than every animal excluding birds or mammals. Their brain capacity allows them to find plenty of creative solutions to hunting and finding prey. Researchers often test the octopus’s mental capabilities by putting a piece of food in a sealed jar and dropping the jar in a tank. Without struggle, the octopus is able to use its sucker covered tentacles to pry the jar open, climb inside, and reach their prey. With various types of jars, lids, and more complex routes to reach their food, the octopus eventually figures out the solution.

The octopus also has a wide range of camouflage techniques. When threatened, octopuses have the ability to change their color and even skin texture to mimic the ocean floor around them. Some species of octopus like the mimic octopus will even rearrange their tentacles and body movement to imitate different creatures around them. These imitations include flattening the body to mimic a flounder and spreading out the body to mimic a lionfish, jellyfish, anemones, and others. 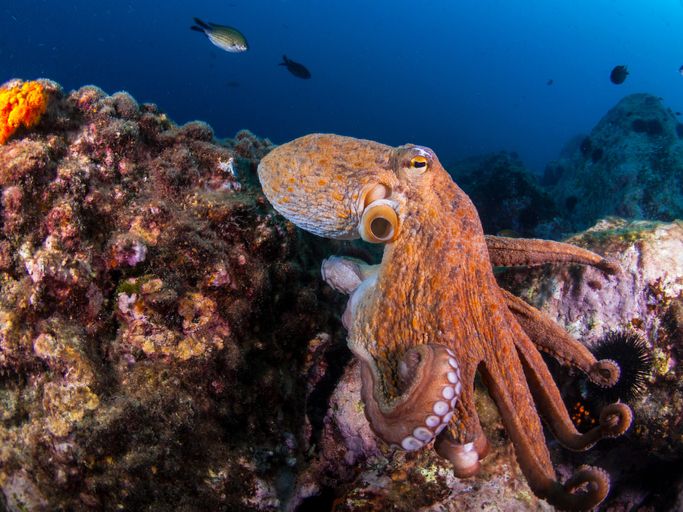 As more research is conducted on these unique ocean-dwellers, the octopus continues to demonstrate its genius. It is constantly using conditional discrimination to recognize certain visual cues and react accordingly. They have also been identified as being able to recognize human faces, solve mazes, use tools, and can taste through their suckers. Well equipped to face the everyday challenges of surviving life in the sea, the octopus’s intelligence is a very valuable asset.